Given the significant risks posed by synthetic media, why release a deepfake into the world?! Let's look at the ethical questions deepfakes pose, and how Deep Reckonings contends with them:​ 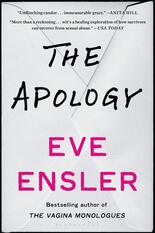 2. What if the videos are manipulated to make them look real, e.g. by removing the credits? Deception of this type is also a risk, but the entertainment industry has been on the case, pressuring YouTube and other platforms to detect manipulation in order to flag copyright violations. Ultimately, we're in somewhat of a cat-and-mouse game, with detectors developing new methods and deceivers developing new ways to evade them. To the extent that responsible synthetic media producers use best practices to minimize the potential for deception, we help the mouse stay ahead of the cat.

3. Isn't it problematic that you didn't get consent from the protagonists? Synthetic media fall under the category of satire/commentary, and therefore don't require consent. (Although they may be legally problematic in other ways, like by being defamatory, which is the case with involuntary pornography.) Still, there’s a difference between legal and ethical, and consent is where many synthetic media technologists draw the ethical line. I embrace the way human rights non-profit WITNESS approaches consent: public figures should have some baseline ownership of their likeness, but in general, the more public and powerful someone is, the less critical consent becomes. For example, Mark Zuckerberg’s consent would be less ethically-critical than that of a low-profile Facebook employee.

The difference between legal and ethical is also where intent comes in. In writing the scripts for Deep Reckonings, I challenged myself to steel-man where we often straw-man — to give protagonists the strongest version of a reckoning, while also speaking to their critics. Coming from an integral perspective, I asked myself questions like: what partial truth does this person hold? What could an enlightened version of this person teach us? I tried to burrow myself into the heart of each protagonist and find the noblest explanation for his behavior. It's amazing what you can find when you believe there's a beating heart in there. It's possible that Kavanaugh, Zuckerberg, Jones, and Trump don't consider their actions problematic, and would feel alienated by their scripts, but the point is: even if intent is subjective, it’s ethically meaningful. And so, with respect to consent, along with being legally sound, I consider Deep Reckonings ethically grounded in good-faith intent.

4. What about the danger of normalizing fake apologies, which are forced on political dissidents by autocratic regimes? The implication here is that by portraying non-forced fake apologies, Deep Reckonings may normalize forced fake apologies. While the prospect of normalizing forced apologies is chilling, I wonder whether these ‘genres’ are too different to pose a significant risk. Would a fake apology by Supreme Court Justice Brett Kavanaugh, a man of extraordinary power speaking at a press conference, be comparable to a fake apology by a political dissident, someone with little power speaking from a jail cell? Instead, I envision Deep Reckonings normalizing authentic public apologies. In this respect, Deep Reckonings is further from existing deepfakes and closer to the book The Apology — in which V (formerly Eve Ensler) imagines the apology her father never gave her for sexually abusing her as a child. In fact, in the interest of normalizing authentic apologies, V plans to launch a website where survivors can anonymously submit imagined apologies from their perpetrators, and perpetrators can anonymously contribute their own actual apologies.

Still, there's an elephant in this room: the liar's dividend and reality apathy are symptoms of a bigger problem — namely our post-truth crisis. We're living in a time when public opinion is increasingly shaped less by facts and more by appeals to personal belief. Even if we managed to address the issues associated with nefarious deepfakes, we'd still be left with a crisis of epistemological proportions. And an epistemological crisis requires nothing short of an epistemological intervention: an evolution in our relationship with truth. Specifically, transcending our post-truth crisis requires that we evolve from a narrow conception of capital "T" Truth and to a more expansive conception which also also includes partial truth. (Feigning Truth is precisely what's gotten us into trouble in uncertain circumstances from climate change to coronavirus, fueling conspiracy theories and preventing public consensus.) Essentially, in order to address the liar's dividend, reality apathy, and our broader post-truth crisis, we must address nefarious deepfakes and also evolve our relationship with truth. Big statement! Intrigued, confused, or doubtful? Watch this video essay and let's talk :)

6. Why fight fire with fire? How can deepfakes alleviate the problems with deepfakes? As concerned as I am with deepfakes and our polluted information ecosystem…I'm fighting a different fire. Deep Reckonings uses best practices to minimize the risks deepfakes pose, but the primary intention of the project isn't to 'fight' deepfakes. Deep Reckonings' intention is twofold: first, to make more room for growth in public, and second, to expand the prosocial use of synthetic media. To further peel back the curtain on why I created Deep Reckonings, head to the about page and scroll to WHY I MADE IT. And to help fulfill the intention of the project, play your part to make it real.
With the exception of the last one, these are all valid critiques. I can't say that I respond to all of them in a bullet-proof way, but I can say that I wrestled with them, spoke with thoughtful technology critics — including critics who consider Deep Reckonings to be ethically ambiguous — and minimized risk where possible. As a result, I'm confident in the ethical standing of Deep Reckonings.
And as you explore Deep Reckonings, ask yourself: where do you draw the line between ethical and unethical uses of synthetic media, and why?